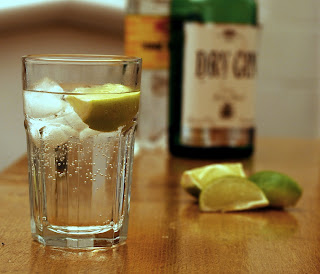 The thermometer kept rising during our heat wave. One day was hotter than the next. On one of the hottest record-breaking days, T, D, and I decided, hey let's go to the park for a free concert! Because not only do I make dumb decisions, but we all make dumb decisions.

Mumbling things like, We're idiots, and, We're not very smart, we carried our chairs and bags onto the lawn of the Harry Chapin Lakeside theatre in Eisenhower Park. I'm now an Eisenhower Park expert, having driven around it in circles enough times to figure out how to pretty much do exactly that, drive around in circles. I'd not been to the lakeside theatre previously, and it was a very pretty view. It was also on a hill so when T asked, should we park here or go down there?, I responded before she finished, Stay here! If we went down the hill, we'd have to come back up it. I did not want to walk uphill. I was already sweating.

Everyone was sweating. It was gross. We sat still and barely moved and we were sweating. There was a portable misting fan thingie attached to a hose coming out of the bathroom facility that I'm pretty sure doubles as a malaria-spreader, but it was good to know that it was there in case of overheating.

We were putting up with the wall of humid heat to see Gin Blossoms and Spin Doctors for free. This was the second time I was seeing Gin Blossoms with T for free. The first time was fun; her boyfriend had joined us and we planned to make an air band until he kind of kicked me out of my own band. I'm very into the air triangle and the air cowbell which I guess don't have any place in his air band. Anyway, this was the first time any of the three of us were seeing Spin Doctors, and we figured it was a fun out.

We got free reuseable bags from KJOY. They have the faces of their morning show DJs on it. It's kind of a scary bag.

Spin Doctors came on first. The sound was off. Something just didn't sound like it was plugged in or turned up right. T pointed out a guy down in front. She was like, he's having a good time. I don't know how he was doing this: dancing. I don't know how anyone was standing, let alone dancing. He had his shirt off, which maybe made him cooler, but I don't think by much. I'm pretty sure I could have been sitting there naked and I still would have been just as hot and sweaty. Now that's a sexy picture.

We were actually surprised it was still on. D and T thought that maybe they'd cancel because the performers could possibly pass out or to protect people from passing out. I thought that to conserve power, they wouldn't have it. But no, everyone was there and it was happening.

They played for almost an hour. I knew maybe three songs. People cheered. I kind of clapped. Oh, and I was sweating profusely. I'd downed almost four glasses of water already.

D broke out the Twizzlers during the intermission. Then she pondered asked the children next to us to fan us with their oversized frisbees. That didn't happen, but it was a nice thought.

The Gin Blossoms finally came on as the sun started setting. We felt a breeze. It was a warm breeze, but it was good. Then it went away. And it was hot still. I was still sweating. My clothes were stuck to me.

Down in front, the dancing shirtless man now had a following. Several other men were bouncing up and down with him as if they were following the Dead. The other men had their shirts on, though.

Meanwhile, the lead singer was moving people in the crowd into empty seats. I don't know why seats were empty because as far as I knew, the only seats available were the ones we brought. Maybe they'd set up seats in the front to make sure people sat near them. I don't really know what was going on other than the lead singer taking up a lot of time in making people move and in not singing.

They have a new album coming out. They did last time, too. This album sounds exactly like all the other songs they were playing, so it's nice to know that the Gin Blossoms are not radically changing their formula.

It was hot. I was sweaty. I did not want to move. D and T joined in putting their hands up, so not to feel left out, I eventually joined, too. We did so not with any kind of pizazz or whoo-hoo, but rather out of a sense of duty, or kind of like we were being held at gunpoint. It was all very rock n roll.

The music? Was good. Gin Blossoms are good.

We packed up our stuff during Hey Jealousy. As we walked away, passing the malaria misting station, I heard him give one more hands up directive and was happy I was heading home instead.
Posted by Christina at 3:07 PM