ICYMI: Poetry Has Value For October

http://poetryhasvalue.com/post/153744491476/phv-blogger-christina-m-raus-poetry-payments-and
Posted by Christina at 9:39 AM No comments: 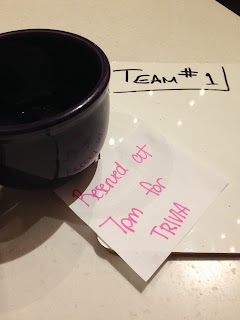 Now I have a few weeks to figure out how much I know about Marvel Comics and if I should brush up on what I know. (I should. I might. Probably not.) Gettin the team together....
Posted by Christina at 9:00 AM No comments:

The Rangers home opener came with a blue carpet pre-game spectacular starting mid-afternoon. Eddie and I got there maybe an hour before the game and still caught a few of the old players walking through and being interviewed. There was a lot of waiting around, but also a lot of excitement. When the sun started setting, I started to get chilly, so we decided to find one of the new entrances to the Garden to go inside since we'd come outside. 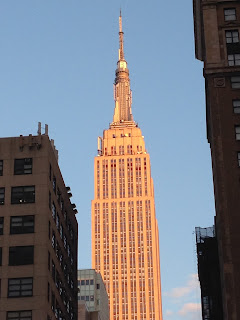 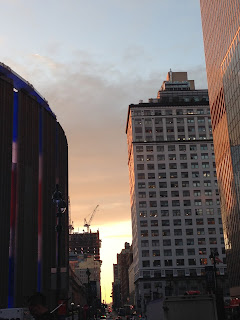 Finding the new entrance was easy because we were wearing Rangers gear and I made a friend. We were walking down the street near Nick + Stef's restaurant and we heard "You two, over here! Right over here!" A guard at the door waved to us, very excited. He might have been 87, give or take a year. We got closer and he pointed at me and shouted, "You're cuuuuuute! She's cutttte!" Eddie was laughing and I said thank you and he kept it going as we went through the door and up the stairs: So cuuuuuute! You've got a cute one!!!!

Where we went in, there were no crowds, barely any lines, and we found our seats right away. They were too close. 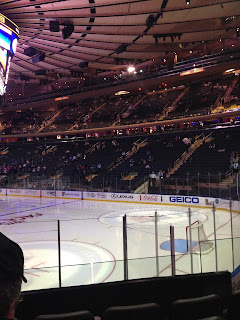 Too close means a few things:

2. When the puck hits the glass, it looks like it's coming towards your face.

Also, the level we were on didn't sell waffle fries, so we had to take a long trip around MSG to find the waffle fries and then had to take the long trip back. The trip isn't so long that it's not walkable. I'm talking long because we took some time trying to figure out how to go up and then how to come back down. Escalators. Stairs. Doors. Lines. Navigating the Garden takes some skillz.

Before the game, they had a ceremony for the Rangers celebrating 90 years. For that, the seats were good. 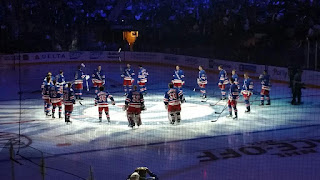 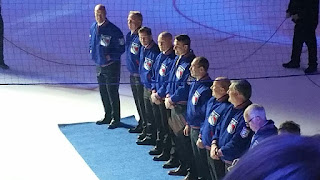 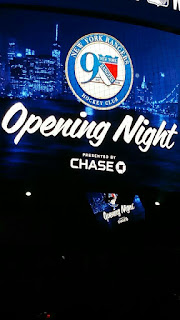 The game started. We were excited. I was cold. The game got more exciting. I got more cold. By the time the third period began, I'd stopped talking and moving because I was frozen in place.

The Rangers won. Yeay! A small price to pay for a freezer headache and finger frostbite. Yes, it was that cold. 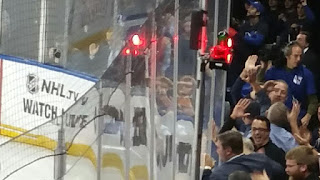 I tried again. I love going to hockey games, so I sucked it up and went again, and this time, we were sitting in Eddie's season tickets seats. These seats? Were too close. I think there's a vent that's directly straight towards my face, and if I move, it moves with me. I'd come prepared. I'd layered up with a long sleeved shirt and a hoodie pull-over.

Between periods, we left our seats to roam. It was a little warmer out there. However, by the end of the second period, I was an ice berg. We went into the store, and that, too, was cold. One of the sales people pointed out, "You look cold." That's far from cute, now isn't it.

We went back in to watch the third period. The game was really fun and exciting (despite the jerk who was a row ahead of us who was screaming all drunken nonsense to the players who couldn't hear him). I put my hood up. Then I proceeded to slowly wrap the hood halfway around my face. The Rangers won. Yeay! I got to leave. Yeay!!

So here's the plan. Next time, I'm wearing long sleeves, a hoodie, gloves, a scarf, and a hat. I am not joking. Third time's a charm. Plus, I'll look adorable.
Posted by Christina at 7:01 AM No comments: