Eighteen! My sabbatical is now a legal adult!

This week went back to semi-normal with more reading and writing. I finished reading one poetry collection and began reading another. I also read online a lot, lots of journals, some Tumblrs, daily poems, and random links.

Writing came in both prose and poetry. I finished up and submitted my April Poetry Has Value guest-post. That should appear any day now. Then I got to revising old poems, some that I didn't even remember writing. That's the best kind of revision; it's like giving feedback on someone else's poem. Sometimes I'm like, Oooh! I wrote that! That's so good! Most of the time, though, I'm like, What? Huh? What does that even mean? Then I wrote some new almost-poems, though I think what I wrote is stealing from other poems I wrote at the beginning of my sabbatical. Does that mean it's over? I've come full circle? I've nothing left? Well, sabbatical is almost over, but I do have a lot left to do.

The a lot left to do is because of my change of course for Liberating The Astronauts. I'm now focusing on space. The fairies, nymphs, and gnomes have allowed me to give the astronauts some time off, and now that I've returned, my focus is on space. I do have a mermaid on the moon poem (entitled "Mermaid On The Moon" because I'm really creative), so that kind of allows me to move back and forth between the two collections. And the creature/critter poems may not be a full collection after all. They may find their separate ways into different collections or simply individual publications or just hang out on my laptop for eternity. In the meanwhile, the focus is on space and liberation.

So I watched Gravity. It was neither good nor bad. It was short. Like barely an hour and a half. But it was a good start. I made a list of movies I want to watch: Home, Stardust, Paycheck, Serenity (2005), Paradox (2016), Time Lapse (2014), Earth to Echo, Time Line, Upside Down (2012), The Martian, Interstellar, Starman, Barbarella, and The Day The Earth Stood Still. Then I'm going to rewatch Blade Runner, Space Camp, 2001, 2010, Contact, Men In Black, Close Encounters of the Third Kind, and Space Balls. Some of these are about space. Some of them are space-adjacent. Some are simply guilty pleasure. I also started following some space-related sci-fi artwork accounts on Tumblr, some of which show book covers for books that I will then read or skim.

After planning all this, I submitted to journals and a reading series. To top off the week, I met up with my brother to see the Warhol exhibit at The Morgan Library. The show is about his books and book cover art (because it's a library), and you're not supposed to take pictures. I took covert pictures. My brother kept walking away from me whenever I did. They are very artsy because they were taken at weird angles. I'm so artsy. However, since I'm not supposed to take photos, I'm not sharing them here so that I don't get arrested.

There were other people who were taking photos non-covertly. They were getting yelled at by security. One woman continued to take pictures and continued to get yelled at. I overheard her telling her friends, What's his problem? These pictures are for educational purposes! I'm all for teachers, of course, but I also understand the rules of copyright, and being an educator doesn't mean you get to break the rules. Plus, showing your students pictures on your phone really doesn't make for a Warhol experience. Buy the book. Or take covert pictures and teach your students something really useful. 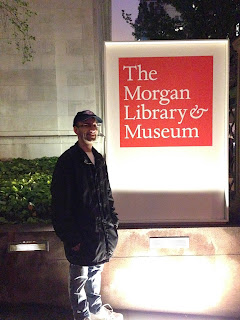 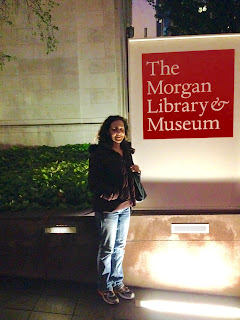 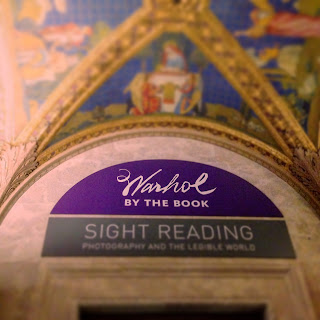 We also saw the photography exhibit across the hall. We were allowed to take pictures, so my brother didn't pretend to not know me. We liked a lot of the show, but there was this one photo that involved a rock and a cactus and a ruler and we were like, What the?

1. Sophie Calle is part of the exhibit and she's one of my favorite artists in the history of art. She includes a lot of writing in her art, and that's probably why I love her so much. 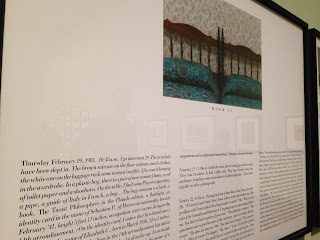 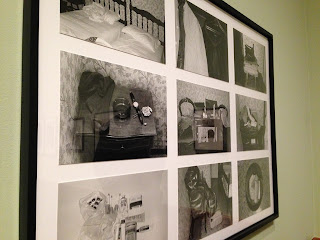 2. There were space things! 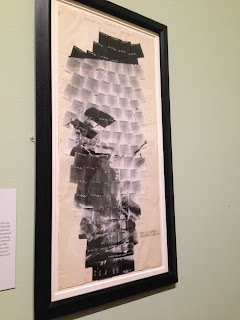 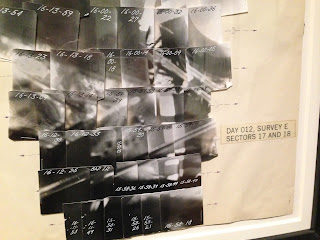 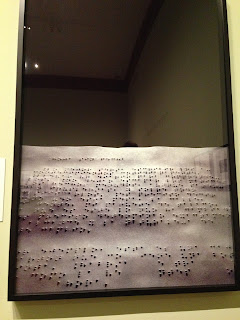 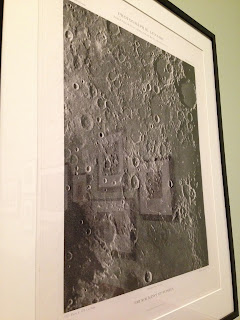 We checked out the second floor exhibit while we were there. It was pastel drawings, many of heads that were numbered into the hundreds. The wallpaper was the stunning part, but I have no record of that. We were a bit taken with the heads.

To end the night, NYC's skies confirmed that space is the place I need to be poetically. 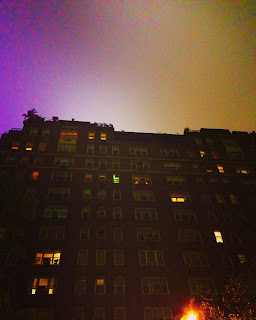