The Call Of Calle

Something about Sophie Calle's work draws me hypnotically and drives me to write.  Her exhibitions fascinate in dealing with her private issues in public light.  I heard about her show at the Paula Cooper Gallery a few days before it was to end, so I found my way to the city, Eddie in two.  He'd yet to experience her greatness, and I was thrilled to be sharing it.

Of course, in planning to see one kind of artistic endeavor in NYC, we can always run into several others.  As soon as we stepped off the train at Penn, we found a free musical performance.  Mesmerized, we watched and listened for a solid five minutes.  This guy sang, wooed, posed for pictures, and sold some CDs. We clearly were not the only people mesmerized as you can see I had to film him through a crowd.

In addition to his singing, his suit is amazing. Not everyone can pull off an electric blue suit. 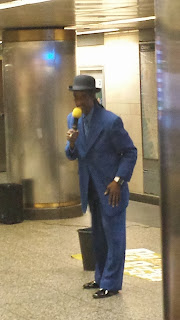 We pried ourselves away from the concert and walked downtown. The walk was familiar since I'd gone to the gallery for Calle's last show entitled Take Care Of Yourself back in 2007ish. He found the walk familiar, too, realizing it was where he'd taken a class, and then remembered the class was in a building that also had art galleries. Ah, so close to the art world after all. 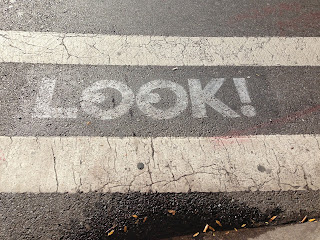 The exhibition is entitled Absence and it focuses on the loss of her mother. There was a lot of reading to do, and knowing that Eddie probably was not going to read, I read and then summarized what was happening in each piece. He participated by indulging me, nodding, and occasionally saying, Ah, or, Oh. He then told me that other people were taking pictures so I should take one, too. So I did. 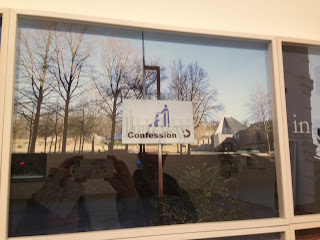 He was like, How did I know you'd choose this one to take? I was like, Because I'm a good Catholic girl. Plus, it's reflective, so we're in the picture.

We spent quite some time milling around, him finding interest in some of the video and me taking copious notes so I can later on write something by stealing her words. Then, because we were near the Highline and I've never quite found the way to get up to it because any entrance I've ever approached has been closed for maintenance, we made our way a few blocks over and found an entrance and took it in. Highlights of the Highline: pretty views and I'm pretty sure I saw Jason Jones from "The Daily Show" walking with his kids. If not, then his doppleganger was toting kids around. We spent our time checking out some more free art. Also, I veered Eddie away from running up and across the benches which he thought were built in the perfect form for running up and across. 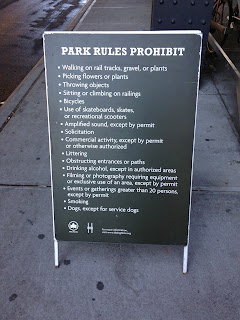 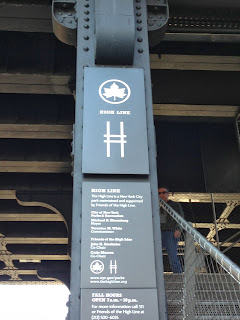 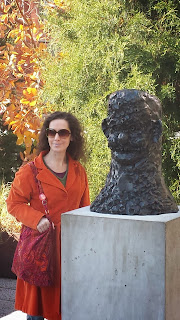 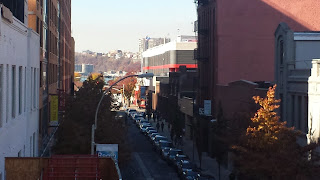 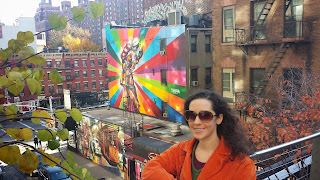 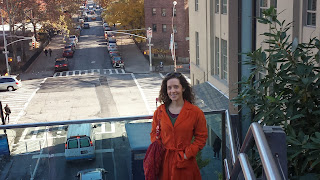 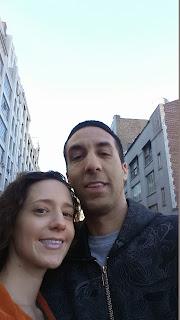 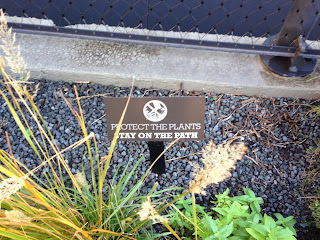 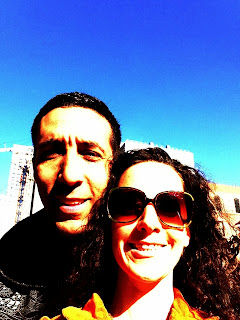 Starving, we made our way down to the street, across town, and then uptown. Quite a walk, but worth it to use two gift cards I've had sitting around in a box for at least five years to eat at Duke's. We worked up an appetite, so when the food came (after a very confused waitress managed to take our order without messing it up--I mean you ask one question about a turkey burger and everything after that she's confused about), we ate it and ate it until there were only a few fries left. 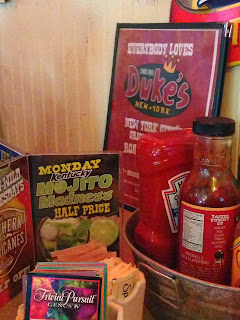 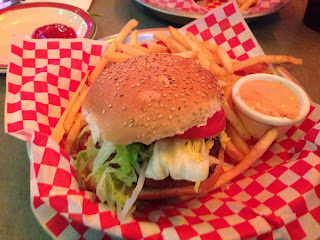 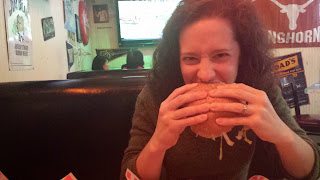 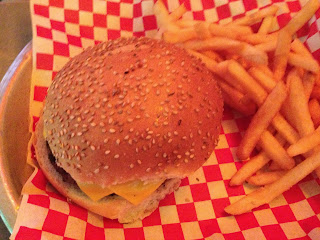 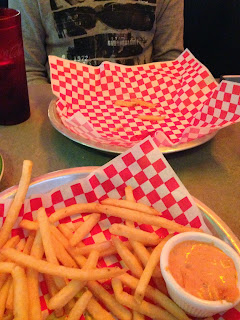 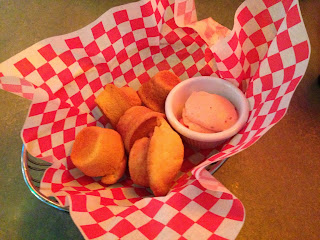 After sitting back and breathing, I realized, holy crap I ate too much. Then I looked at Eddie's empty plate and said, You want dessert? He turned that down and instead said, We need to sit here for like a very long time. Having finished his burger AND fries, he pretty much couldn't move. So we sat and, inspired by such an art-filled day, we worked on our photography skills. 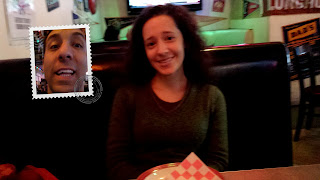 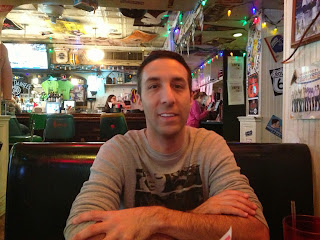 Posted by Christina at 3:11 PM