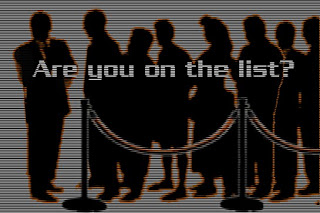 A new yoga studio opened up nearby so I contacted them about subbing after seeing their ad saying they needed subs. She asked me to come in for a twenty minute demo. I got all prepared by finding my favorite CD for a yoga class. I found the place without a problem. It's a really pretty studio with hardwood floors and buddha stuff all over. I had time to take it all in since she was late and I was early.

She arrived in a rush, spilling apologies all over because there was a line at the bank that never has a line at it. Then she was like, Oh, this is my boyfriend and he's doing some work so I hope you don't mind he's here. I didn't. I thought it was a little weird, but I don't care. Then I got the nervous ass sweats and started to revert back to my high school awkward self, realizing that I was standing in a room with the most beautiful couple in the world.

She was a few inches taller than I am with blonde hair, a tan, a nice rack (really, it was nice), and a petite body. He was over six feet and all muscle, also tan. They both had firm handshakes.

She asked if I wanted to change the music. I said I liked what she had on. She saw my CD and was like, You can put on your own. I tried to hide the CD behind me because it suddenly became the worst CD in the world and I didn't want them to hear my dorky music. Too late. She was already headed to turn off her music.

I followed and then could not figure out how to open the stereo. I spent a solid minute squatting and poking at the thing until she came over and asked, Is it stuck? I was like, I can't find the button. She was like, oh here. She clicked the top open. There was no button. I was like, oh well that works too.

And then I died a little on the inside. 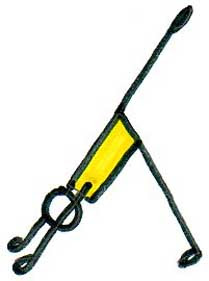 We set up our mats. I actually set up the way her classes normally would, so that was a plus. I started with breathing and then moved through a series of vinyasas. I adjusted her, which was empowering because for as gorgeous as she was, she could not reach her leg up as high as I can when in three point.

The empowerment ended when I finished the demo a little after 20 minutes and she was like, So that was fun, but do you do inversions? I explained, no I don't do headstands but I offer shoulder stands. Then I got confused and started doing some poses, explaining that I had to do it in my head and then for real to remember what kind of routine I go through to get there. Then I put myself in plow, and then I said, Yes, see, shoulder and plow.

This, of course, was all made up.

She asked if I do twists and I said certainly. That's not a lie. I like twisting.

Then she said, in our classes, we use sandskrit names. She wants to keep all the instruction consistent so she wanted to know if I know sandskrit. I told her I hadn't used sandskrit names in a while so I'd have to brush up on them since in the places I've been subbing in haven't asked me to use them and I can't use them in the place I volunteer because they wouldn't understand them.

She said she'd give me some time to brush up and that I could sub if I used them. I reassured her I'd learn them.

I think I would have agreed to licking the bottoms of her feet or running straight through the windows if she'd asked me. I just want to be liked by the pretty people! I want to be on the guest list! I want to go beyond the velvet rope!

As she packed up, I grabbed my lame-ass CD from the stereo without incident and walked over to pack up. I asked her a little about the studio and the members and how business has been going. She answered and I kept saying, That's so great! That's so great! Over and over like a very optimistic Rainman. She said thank you a few times and then laughed uncomfortably after my 35th exclamation of greatness and then I began yelling at myself in my own head: Stupid! Stop it! Close your mouth! You're trying to hard! Now you'll never be one of the popular girls! You'll never get in the club!

Then she was like, So I'll put you on the sub list but I'll put you lower down to give you some time to relearn the sandskrit. I was like, Okay that sounds great!

Email ThisBlogThis!Share to TwitterShare to FacebookShare to Pinterest
Labels: Fitness